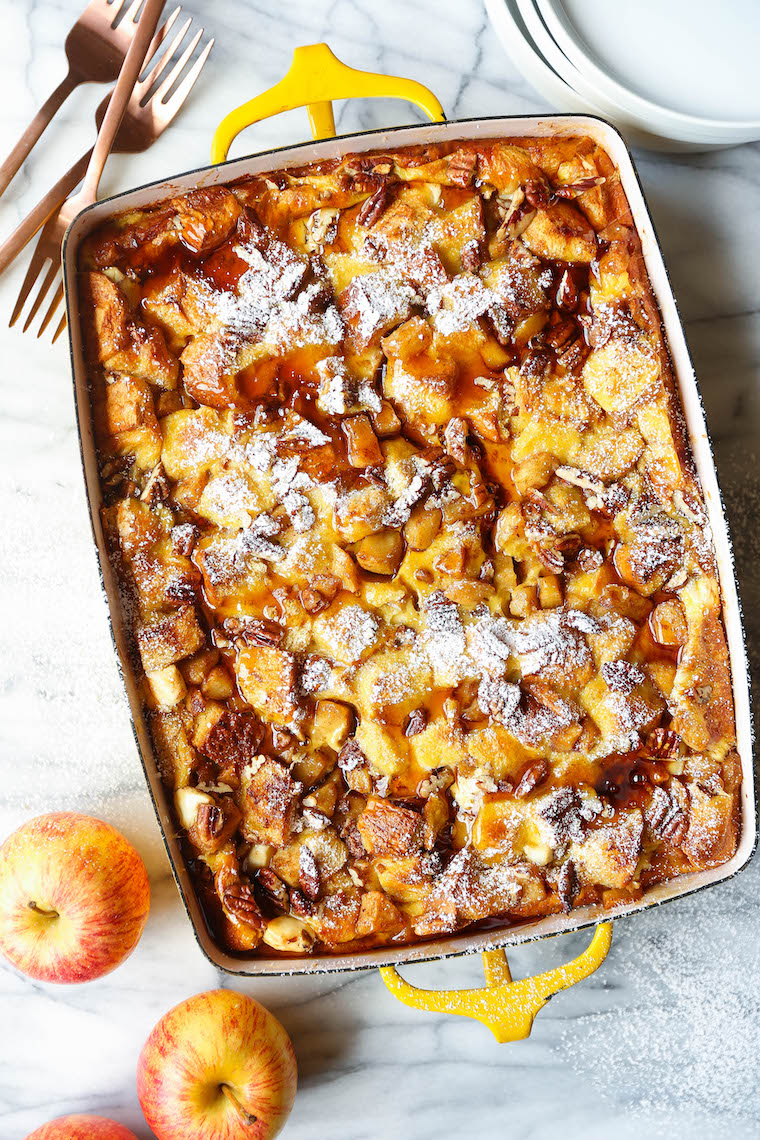 There is truly nothing more delightful than waking up to this casserole with a warm cup of coffee.

With all the hard work taken care of the night before, you can roll on over to the kitchen in your PJs and simply pop this in the oven, letting you continue your morning with basically zero effort. And in just one hour, you’ll have the most wanted breakfast all. season. long. 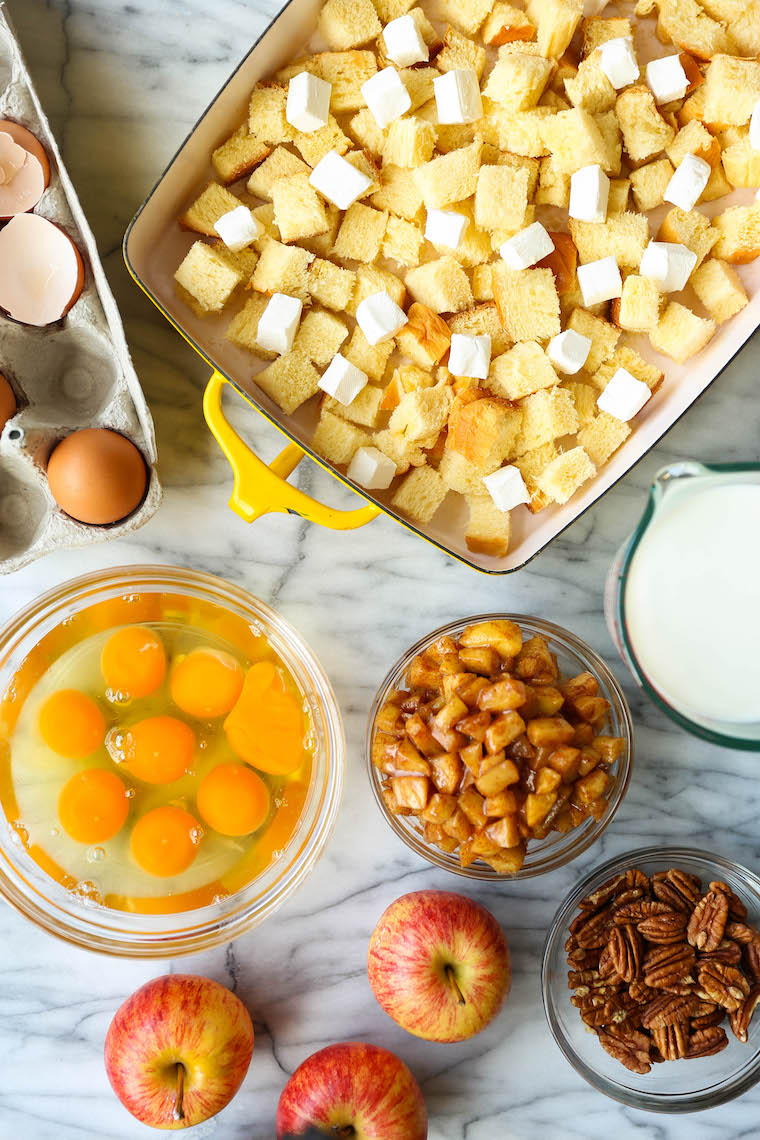 Made with tender cinnamon apples nestled in brioche bread cubes, soaked in maple syrup with pockets of an ooey gooey cream cheese filling. Not to mention the perfectly toasted pecans right on top for that added crunch.

Sounds like the perfect morning, right? Because guess what? It really is. It makes enough for company or for a family of four who doesn’t want to share. 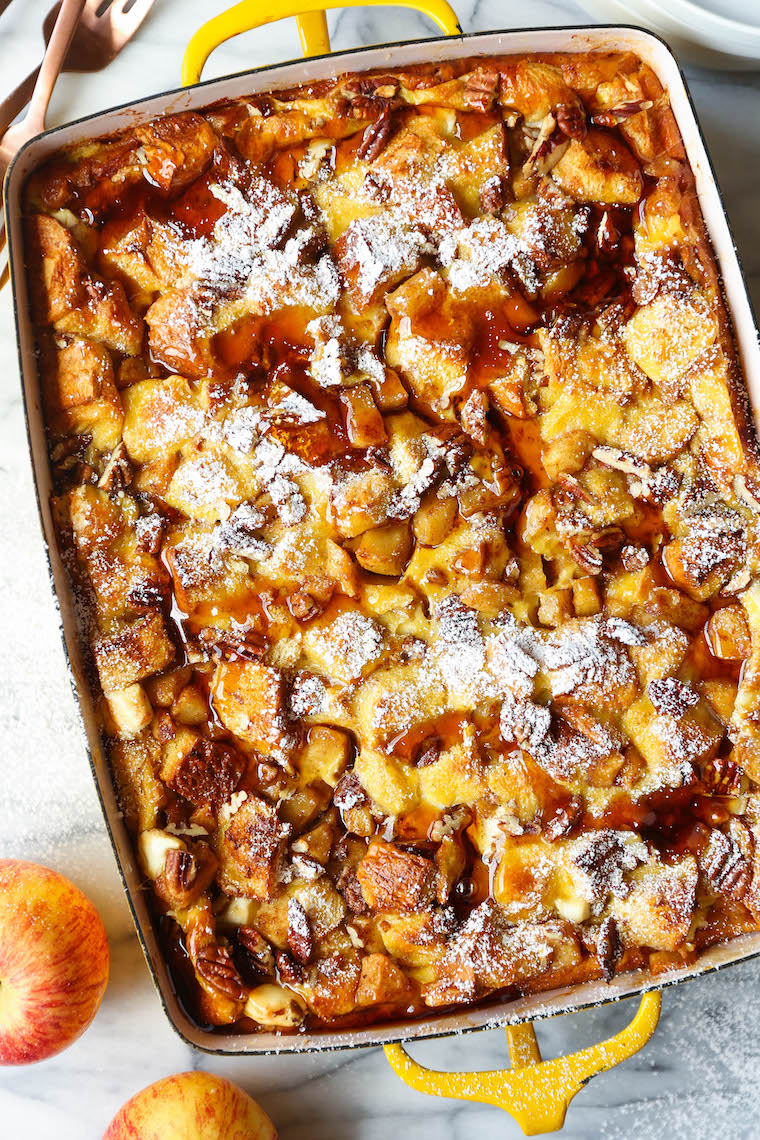 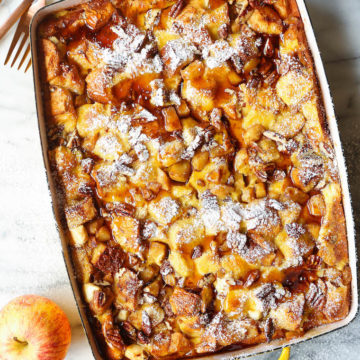 Did you Make This Recipe?