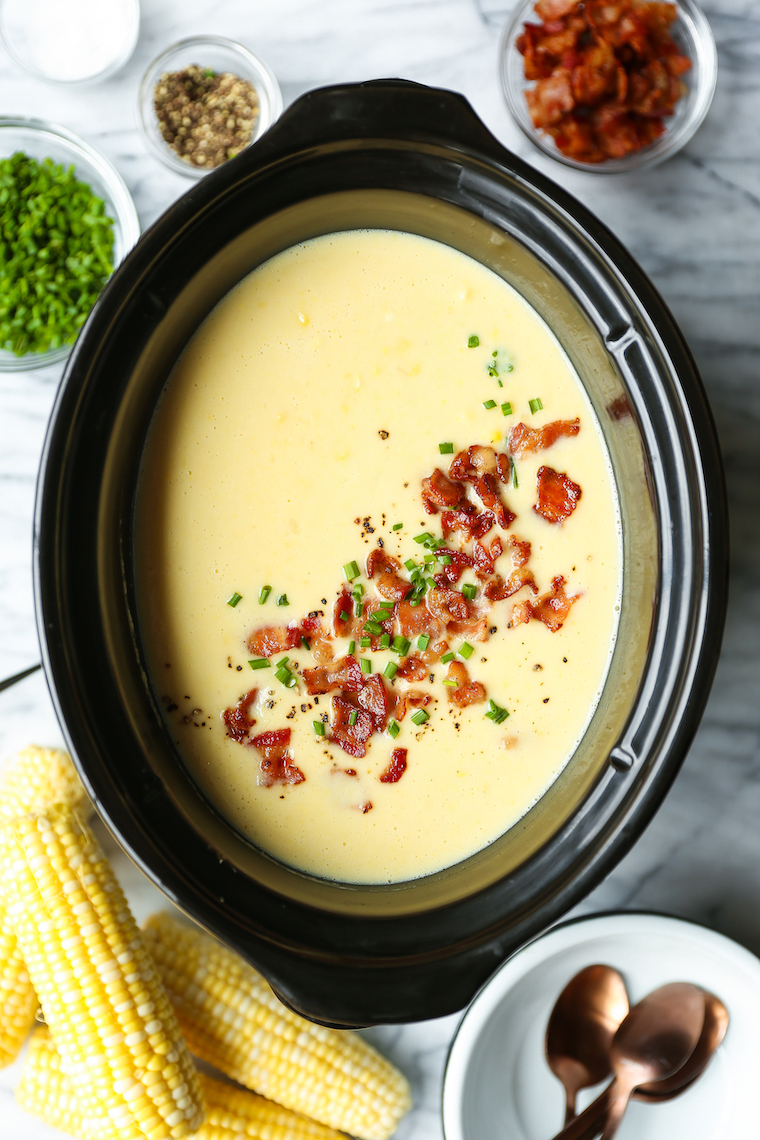 This is legit my favorite year-long soup.

Perfect for those super hot summer days where you’re out by the beach all day, coming home to this hearty fresh corn soup where you can get 8 ears of corn for just a $1 at your local grocery store.

An added bonus is that you don’t even have to turn on the stovetop or oven (especially if you have the nifty saute function in your slow cooker!), keeping the house nice and cool.

Then there’s the Chiberia days – you know, the -50 windchill winter Chicago nights where nothing in the world could beat this cozy cozy soup. And if fresh corn on the cob is not readily available, frozen corn kernels will work just fine.

I just don’t recommend skimping on that bacon though. The bacon slices give off so much goodness, cooking low and slow for 8 hours. And the extra crisp bacon bit toppings don’t hurt either! 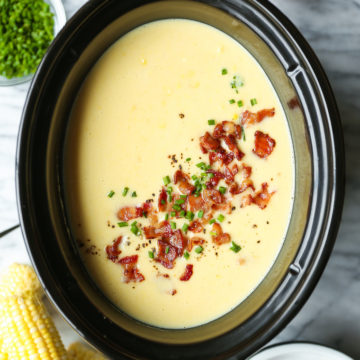 Did you Make This Recipe?

Excellent Strategies For Anyone Looking To Lose Weight